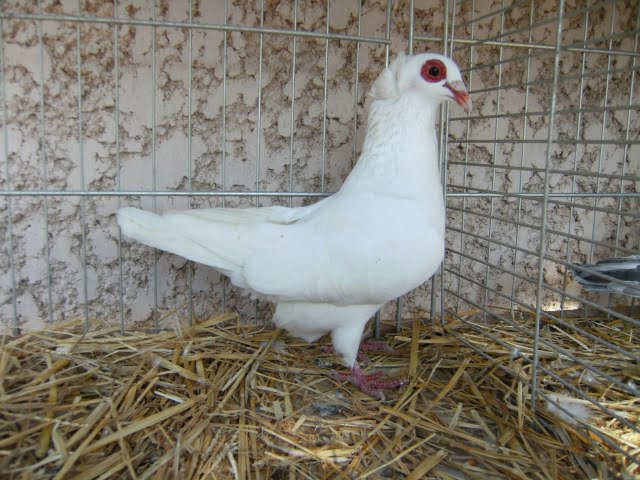 The Bergamasco pigeon – also known by the names: Bergamasque, Бергамаско – is a breeding variety in Bergamo (Lombardia) in Italy in the 19th century, and is classified into Utility form pigeons type. It is estimated that this variety is a cross between several breeds of pigeons, including traditional Polish pigeons and races from England, with the aim of producing broiler doves. However, because it does not have adequate prospects, eventually diverted into decorative pigeons.