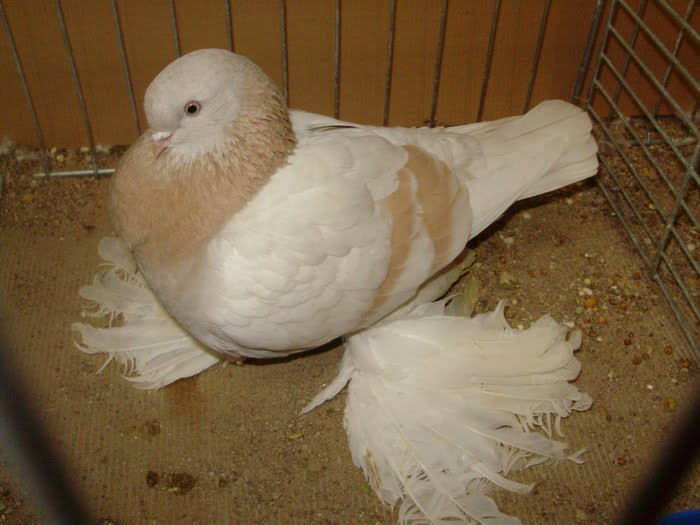 The Agaran Pigeon – also known by the names: Culbutant d’Agara, Agarantaube, Claqueur Agaran, Capitombolante in Agara, Голубь агаран – is a very old race originating from Central Asia (Turkmenistan, part of Russia), which is already known since the 15th century. But the interest to develop this variety only began in the 20th century, among others in Moscow for the benefit of glorification “agaranov”, especially by AG Streltsov. These varieties are grouped into the russian tumbler pigeons type. Self-promotion is a word that is roughly meaning “pale-yellowish”.