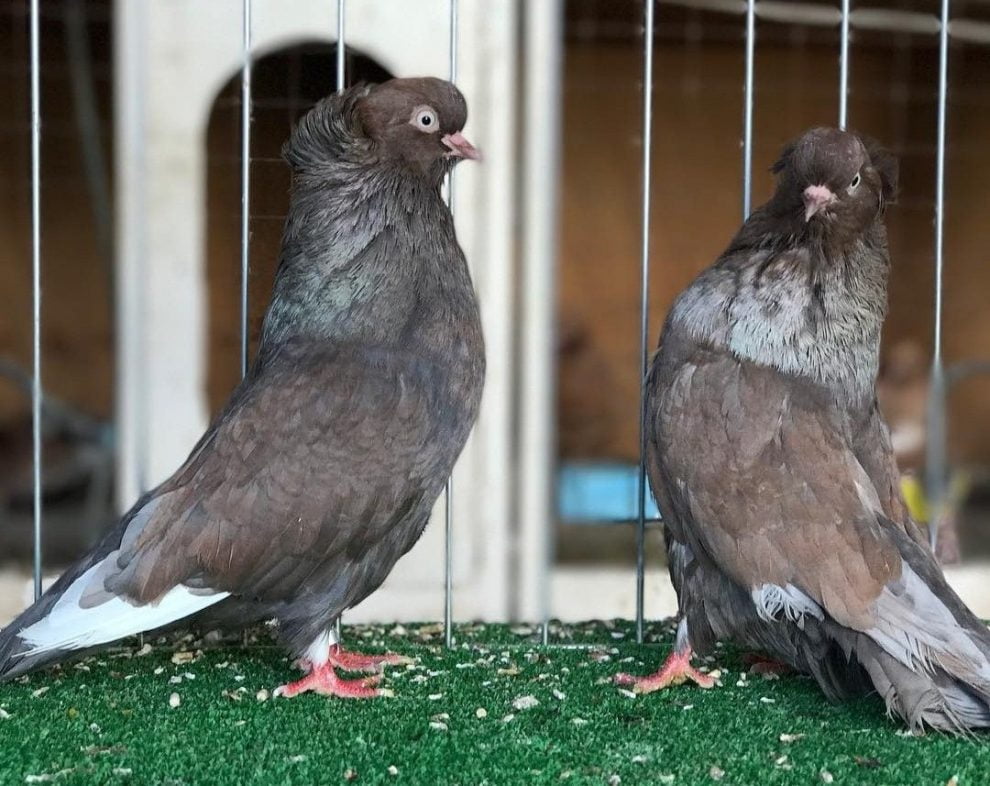 The Domestic Show Flight – have no other names – are varieties originating in the United States, especially New York, and have been developed since the third half of the nineteenth century. Varieties belonging to the American Tumbler Pigeons type are very popular, and have been developed in many countries, including in Europe and Asia. This variety was developed for its stunning flying ability, as well as its attractive and unique appearance.