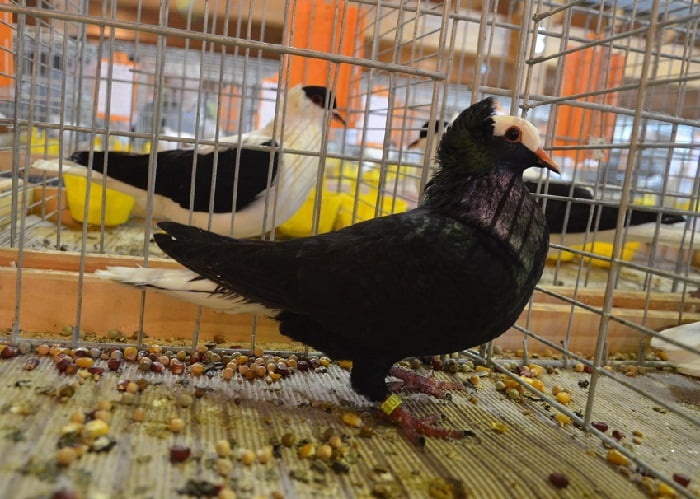 The Thuringian Mauser pigeons – also known by names:Pigeon à Calotte Blanche de Thuringe, Thüringer Mäusertaube, Topo di Turingia, Тюрингский Маузер – are varieties originating from Thuringia, Hesse (Hessen) and surrounding areas, Germany, but have not been found related information since when it was developed (possibly the 18th or 19th century). Varieties incorporated into this type of thuringia colour pigeons, although very popular in their home country, but appear to have not been widely known in other countries. This variety has good flying ability, but the exterior quality improvement aspect is more a development goal.