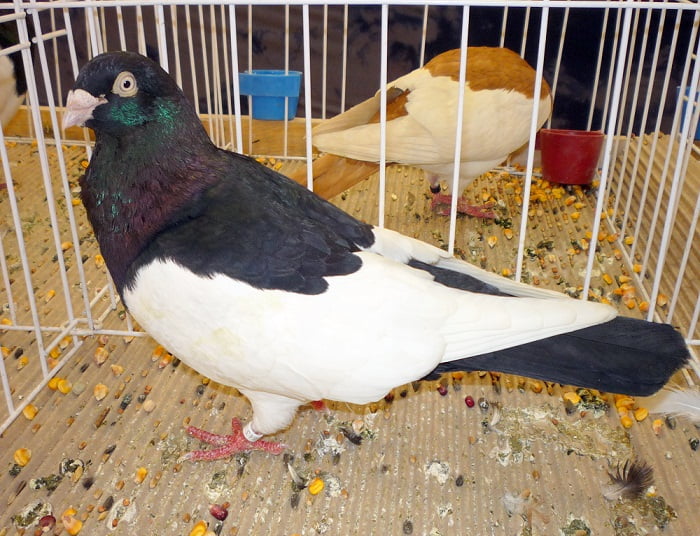 Hungarian Magpie  pigeon – also known by names: Magyar Szarka Keringő, Culbutant Pie Hongrois, Ungarischer Elsterstümmler, Венгерская Сорока – are varieties originating from Hungary, especially from Törökszenimiklós and surrounding areas, including in Turkey and St. Nicholas, but has not been informed since when it was developed, is only expected in the 18th century or earlier. Varieties belonging to this type of tumbler are known, among others, because of good flying ability, as well as a beautiful appearance.