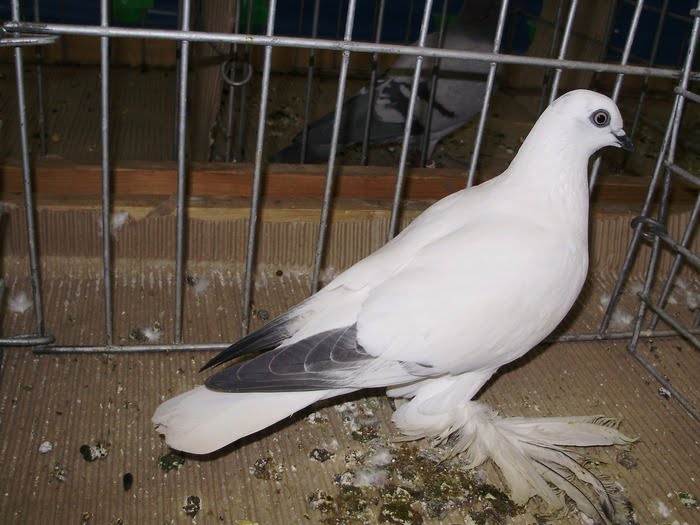 Budapest Muffed Storked ornamental pigeons – or also known by the names: Culbutant de Budapest pattu cigogne, Budapester Belatschter gestorcht, are varieties from Hungary, especially in Budapest and surrounding areas, and is estimated to have been developed since 1910. This variety is believed to be the result of a cross between the Vienna race and Stockblau – which later produced the characteristic “struchti (stork)” or “stork”. This variety, which belongs to the Tumbler type, is known as a strong aviator, and also has a graceful appearance. Recognized in a permanent standard in 1919.