Waldviertel Cropper ornamental dove – or also known by the names: Boulant de Waldviertel,Gozzuto in Waldviertel, Вальдфиртлерский Дутыш – is a variety originating in Austria, which was informed that it was developed from the 1900s until the beginning of the 21st . These varieties which are grouped into the Cropper type are very limited in information, both written and photographs, only stated to have blood relations with French and Steiger varieties. Some breeders also assume that this variety has not met the standards, but has been determined by EE. This variety has good flying ability, with a distinctive appearance: striped. 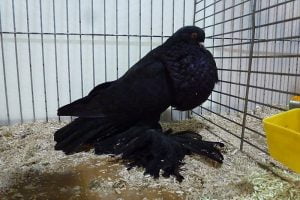 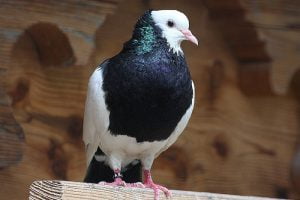