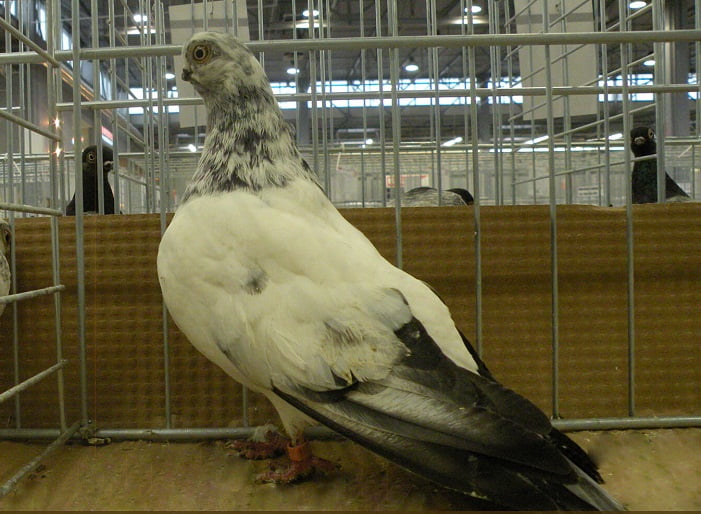 Kaunas butterfly pigeon breed was born in Kaunas by the efforts of local pigeons in the 20th century on the other side. It is being further developed.Small, relatively short but wide body shape. Temperate and relatively persistent pigeons. Flying easily, rare wings, small groups. Ore swings from one wing to another. When flying, it often changes the height and speed of the flight. The tail: Very short, straight, with the forehead almost at an angle. It is gray. The nostrils are blurry, tight.
Color and drawing:
White with colored tape at the tail and wing ends; white with a colored band at the tail and wing ends and colored feathers in the head and neck; bluish shade with darker two streaks in wing panels and dark bar at tail end; blue with black band at tail end and dark stripes on wing panels.