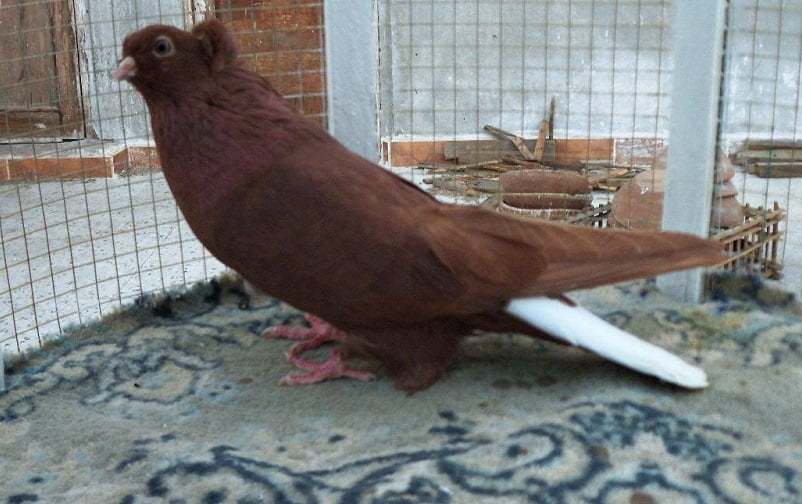 It is a race that is estimated to have originated from the city of Aleppo in Syria. It is known in the world as “Syrian Halabi“, “Halabi Tummler“, “Halebi Teummler“. It is one of the races that were brought to America from Damascus in 1954. Although it somersaults at times while flying, it is compatible with fleet flight.

Medium sized. It has a round head shape. The neck is a little short. The beak is of medium size and medium thickness. The beak is light in color (bone color). The eye is clear and shiny in what is called a pearl eye. Its most striking feature is its upper crest. It has a pronounced and smooth upper crest at the nape end point. The feet are a little short, there are no legs. It becomes a dark red color. Nails should be the same color as the beak.

In Aleppo the whole body is one color, only the tail is white. White fluff or feathers elsewhere is seen as a defect. The haloes are mixed with the red and yellow colored ones of the karakand fantail ( syrian fantail) breed. In addition to other genetic differences, the tail in Aleppo has 12 tails and a fat gland on the tail.

It has yellow and red colors. It is rarely found in black and blue.