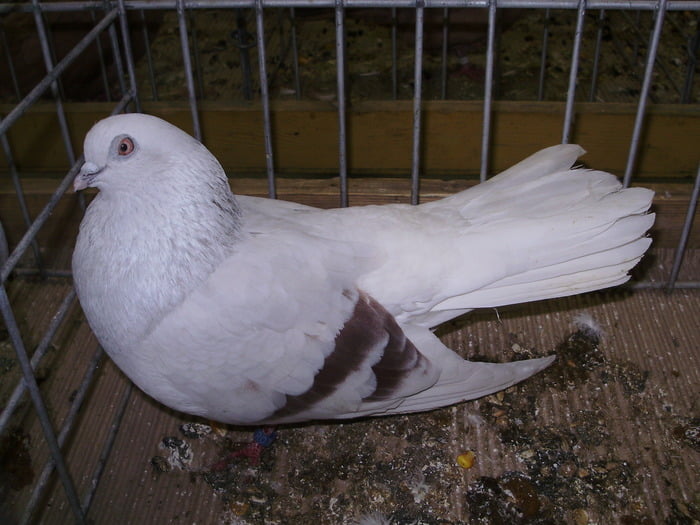 The Romanian Dungat Highflyer – or also known by the names: Zburator Dungat Romanesc,Rumänische Bindiger Hochflieger ,Haut-volant Roumain barré, Zburator Gagiu Romanesc – is a varietal originating from Romania, especially in the southern regions. And although it is declared an ancient racial fault, but no information has been found regarding when this variety belonged to the tumbler ( highflyer) pigeons type begun to be developed – just by looking at its kinship with other Romanian races, it seems that this variety developed in the 19th or 20th century. Declared as a very popular variety, especially in terms of flying skills are quite good, not too high, generally in the herd, and not long duration. Therefore, its development is now more focused on improving the exterior quality.