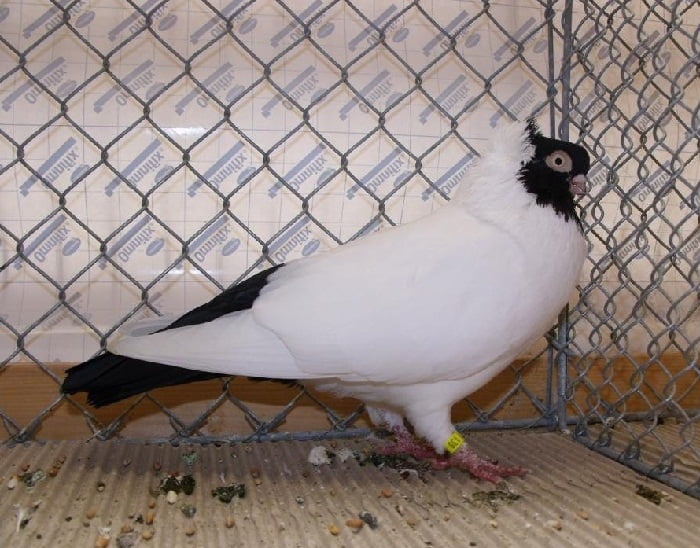 Posen Colored Head – also known by the names: Culbutant de Poznan,Capitombolante in Posen a Testa Colorata, Росен белголовый – is a varietal originating from Germany, and known to be known in 1775, although estimates have been developed earlier in some areas, among others in Poznan (Posen). Varieties belonging to the german tumbler pigeons type is quite popular, and is known in addition to good flying ability, also mainly because of its beautiful appearance.