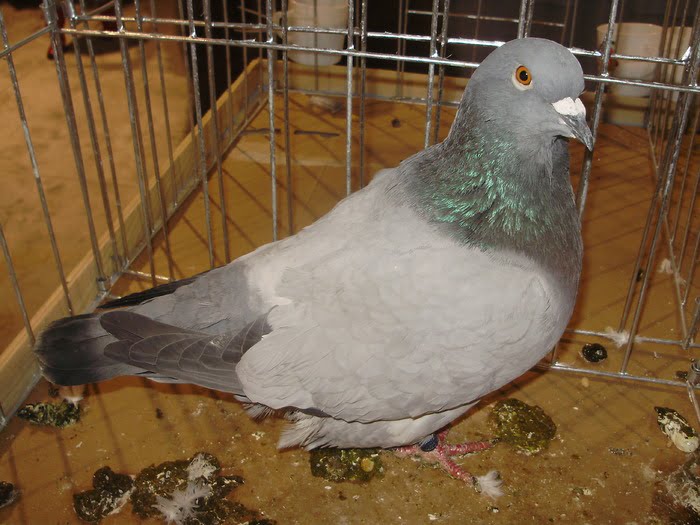 Blue Sovater ornamental pigeons – also known by names: Blue Sovater, Pigeon de Sovat Bleu, Blu in Sovat, Голубой соватер – are varieties derived from Haydusovat (Hajdúszovát) and surrounding areas, in Hungary. The varieties are grouped into this type of utility form pigeons, believed to be developed between 1975-1986, with similar appearances of Homer or King varieties. These decorative pigeons were only recognized as their own varieties in 1987. The designation, as pigeon cut / broiler.