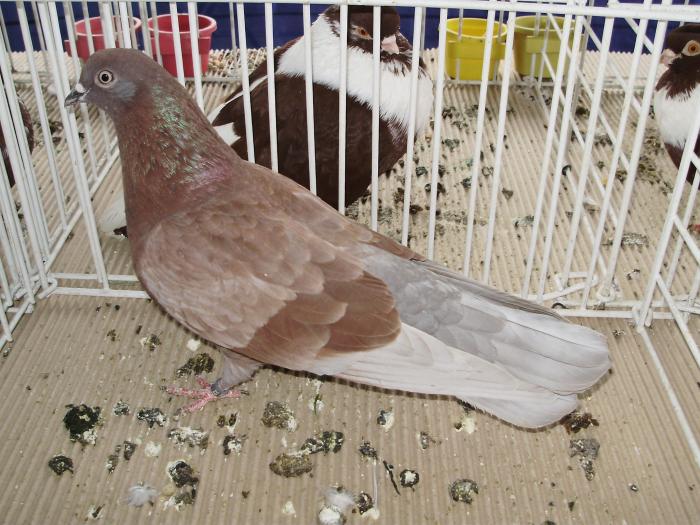 Ciung Ploiestie ornamental pigeon – is a variety originating from the City of Ploiesti (Romania), which began to be developed in the first decade of the 20th century. These varieties belonging to the Tumbler pigeons type are developed primarily for the benefit of flying skills. Many breeders consider that this variety has good prospects as a “space ruler”.

This breed of pigeons was formed in Ploiesti in the third decade of the century. XX. Flight or solo flight, approaching the chopper flight, flying in wide circles, at high heights (to extinction) and lasting. similar breeds
Bucharest Ciung Highflyer Pigeons

The romanian pigeon breed selected after the Second World War in Ploiesti. Flying in a high-pitched flight, slow flight with small and continuous beatings from the tip of the wings, with the tail fully extended, almost to the level of the wings. Do not ship. The rounded flight from Ploiesti in the whole flight time is about 60% extinct.