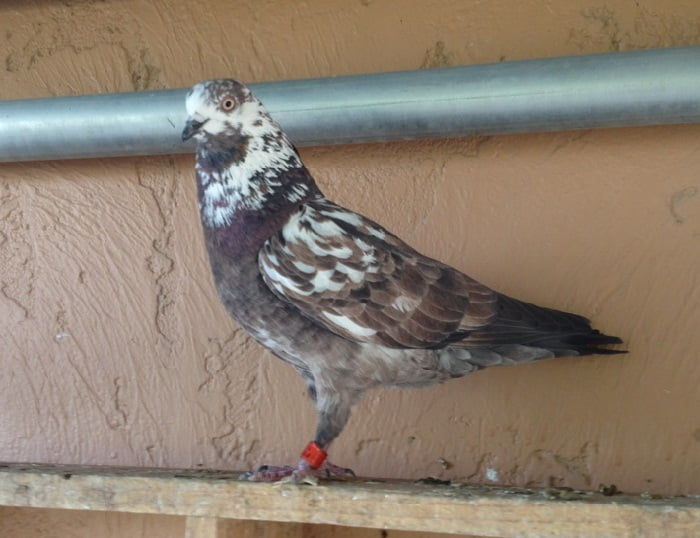 A tippler is a breed of pigeon to participate in endurance flying competition. Flying results of up to 22 hours non stop have been reported. The fanciers of Tipplers can compete against others anywhere in the world without leaving the confines of their own home.

Where did the tippler origin country?

The  tippler originated in England and was bred from high and long flying pigeons that were brought home by English sailors and soldiers from former British colonies (India, Pakistan,…) and from countries that England was engaged in trade with. This happened nearly 200 years ago. During the course of time, little by little, the tippler developed to the pigeon we know today. The tippler veins contain the blood of Asian highfliers, English rollers, European mainland tumblers, and French Cumulet. I have also heard that homing pigeon genes might be present in the tippler genetic make up as well.( via : www.ftcna.com )

The Macclesfield Tippler is a beautiful Tippler with a broad chest, strong wings, with a low horizontal position. In addition, he has a short rounded head. The Macclesfield then flew about 15 hours. The other ancestors are a bit more unclear to trace, but will probably have been Budapester and Prager tumblers of the prototype of the current Budapester of Prager or the flight type of this. As a forerunner of the current Amsterdam Tippler, Budapester were also called Trippies, which originated from hybrids of Macclesfield and Budapester.

The current type holds the middle between the Macclesfield Tippler and the Prager Tumbler. In 2000 the Amsterdam Tippler was definitively recognized, but in 2002 the breed was taken back from that status and was again recognized for the time being. The reason for this was that the head shape and the drawing deviated too much from the standard. The breed has only a few breeders, with Mr. Bargman (formerly Amsterdam) from Lelystad pulling the cart. 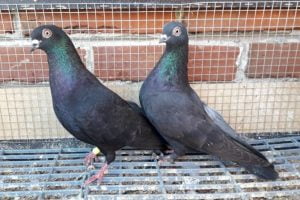