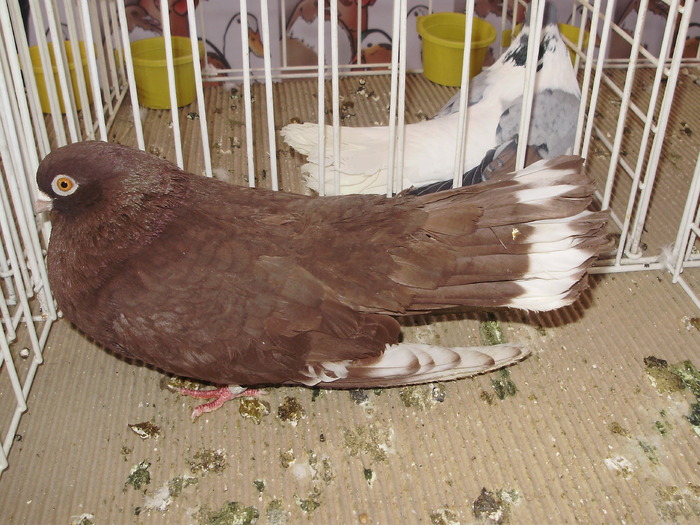 Romanian Cherry-coloured Highflyer-or also known by names: Haut-volant Roumain Visiniu, Rumänischer Kirschroter Hochflieger, Altovolante Romeno Ciliegia, Zburator Visiniu Romanesc, Вишнёвый румынский высоколётный – are varieties originating in southern Romania, especially very common farmed in the cities of Bucharest, Ploiesti, and Buzau and its surroundings, but has not found information since when it was developed, only estimated in the 19th century. Varieties belonging to the Tumbler (highflyer)  type, known among others due to great flying ability, very high, and futures of 1-2 hours. In addition, this variety also has a pretty interesting appearance.

The Pigeons saucer dwarf codalb romance was formed in Bucharest in the first decade of the century. XX. Flight in a half-height flight with a short duration but are especially reared for their beauty.