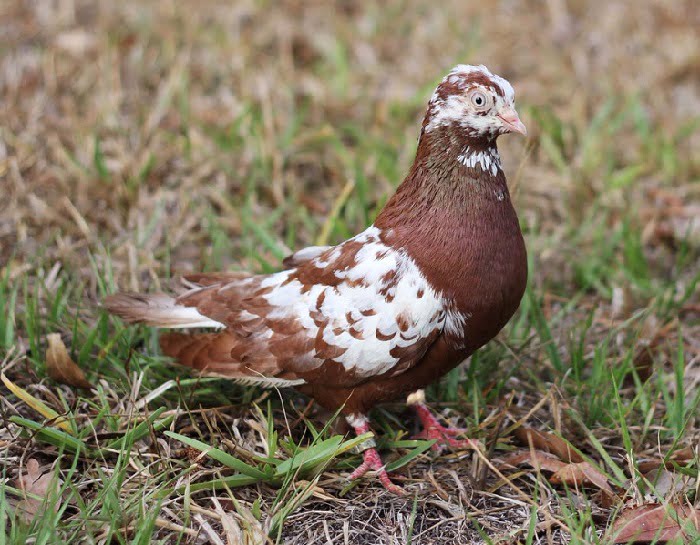 Parlor pigeons – also known by the names: Parlor Tumbler, Parlor Roller, Ground Tumbler Pigeon, Bodenpurzler, Culbutant au Sol – reported to originate from Scotland as original breeds, but have been extensively used in the United States and England simultaneously since the 1850s. developed varieties.
They were taken from India to Great Britain and then from Scotland to the USA. The Indian tumbler pigeon, called Lotan, was obtained by crossing with other roller species.

Varieties of this Tumbler species belong to a popular variety and are considered the most unique of all existing varieties: when they reach adulthood, they lose their ability to fly.

Most notable is their ability to roll on the ground. There are three different types as single, double and roll. This variety may actually “fly” physiologically, but its biological character makes it a highly active variety on the ground, with acrobatic behavior especially at short and low distances.