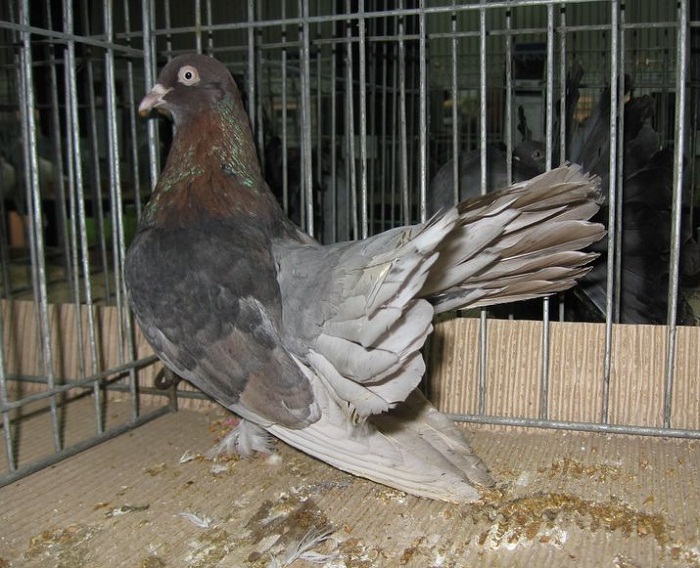 It’s primarily an air performer, valued for it’s tumultuous rolling from considerable altitude.” They do a lot of steep diving, and high climbing with rolling in-between.

In type they differ from Flying Oriental Rollers in having small muffs. They also have more tail feathers. They almost look like a Syrian fantail. The most I have found was 24 tail feathers on a black cock. It gives a “V” appearance to the tail. They also have a more upright stance and a slight neck shake but only when they get afraid. Also many of them have orange eyes.

Also, I understand the Persian Roller was once this same breed but they split when the Persian became a show only breed.There’s more about them in the Encyclopedia of Pigeon Breeds page 656 and 657. Currently I have them in the self colors of Kite, Plum Red, Black and Dun.( via : cichlidlovers)