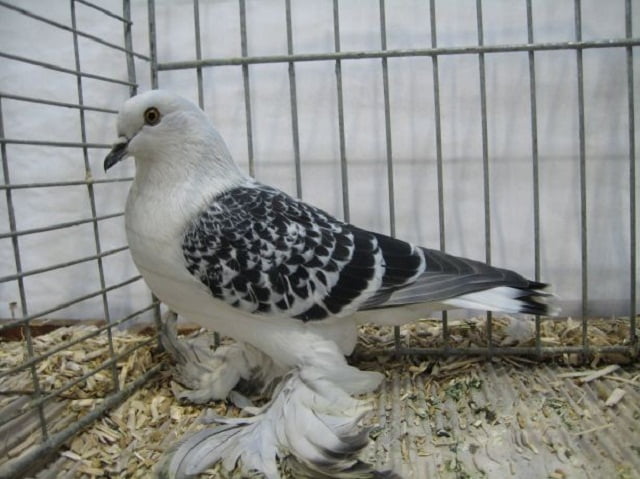 The ice Pigeons– also known by the names: Satin, Eistaube, Colombo in Ghiaccio, Ледяной голубь – are varieties originating from the eastern regions of Germany to Poland, mainly in Saxony, Silesia and Lusatia, but no information has been obtained since when this variety began to be developed, is only described as the old German race that had been preserved centuries ago (possibly the 15th to 17th centuries). Varieties incorporated in this type Color pigeons, have excellent flying ability, and also the original does not have feathers on the feet. In subsequent development, devoted as a display pigeon.