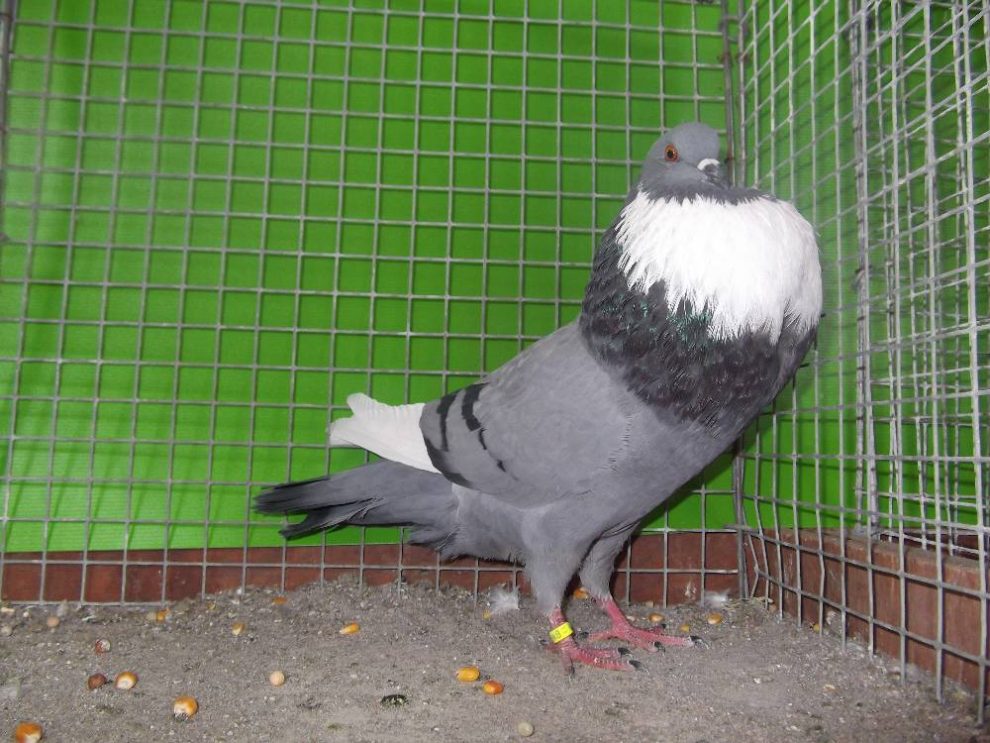 The Alsace Cropper Pigeons – also known by names: Elsässer Kröpfer, Gozzuto dell’Alsazia, Эльзасский дутыш – originated from the northern part of Alsace between Hagenau (Haguenau) and Vissemburgom (Wissembourg), France. This breed was very common on Alsatian farms before 1940 for its meat qualities and ornamental qualities.

Alsace Cropper Pigeons began to be bred before the war, and have been for 35-45 years. This Alsace, if traced is actually the result of a cross between French Pouter Pigeons and Hessian Pouter, but was only recognized in 1979 as a standard variety. These varieties are grouped into Cropper pigeons type.

Boulant d’Alsace always has a white, crescent-shaped apron around his throat. A large pigeon with an upright posture and long neck, reaching 45 centimeters. It has been cultivated in various countries.