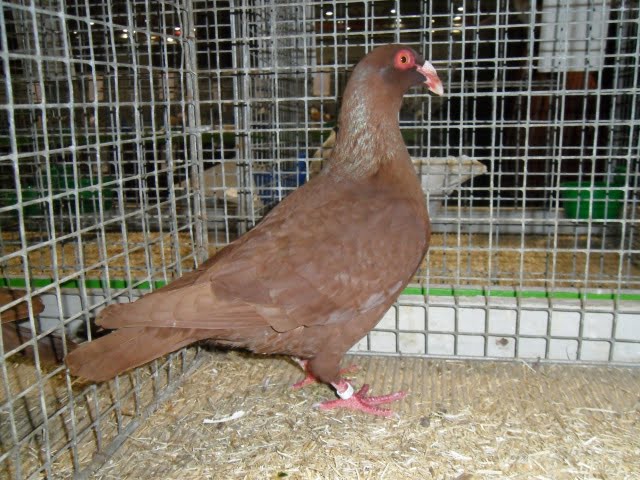 The  spanish pigeon – also known by the name: Pigeon Espagnol, Spaniertaube, Spagnolo, Испанский Голубь – are varieties originating from the Thuringia region (Germany), but no data has been found since when it was developed (only estimated since the 18th century or earlier). The variety classified Utility type, believed to be the result of a cross with the Nuremberg race, Color, and Turkish. Classified as a popular variety (quite common in Germany), but still rarely and extensively cultured outside Germany. These varieties are informed capable of flying very well, but initially still debated whether it is a broiler pigeon type or not. In subsequent developments, appearance is more of a concern for breeders.