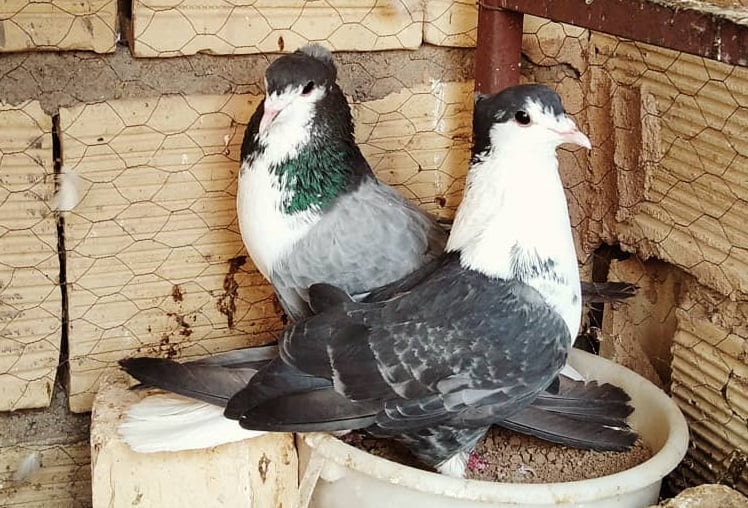 Efsahani pigeons are an ancient species that probably appeared thousands of years ago in Esfahan, Iran. These Birds are the ancestors of the birds today called “Lahore” in the west.

These Birds, called Shirazi, went to Europe via India, perhaps because centuries ago the first import to India was from the city of Shiraz in Iran.

Unlike the Lahore exhibition today, these Birds are Homer type form pigeons.

They are famous in Iran for their rare and breathtaking Color patterns, intelligence and short-distance turning instinct. They fly fast and find their home 100 miles away. This Breed is rare in Iran, especially popular in Esfahan and Shiraz, where enthusiasts have kept this breed for thousands of years. Nowadays, you can find good examples of Esfahani pigeons mostly in Blue and Black.