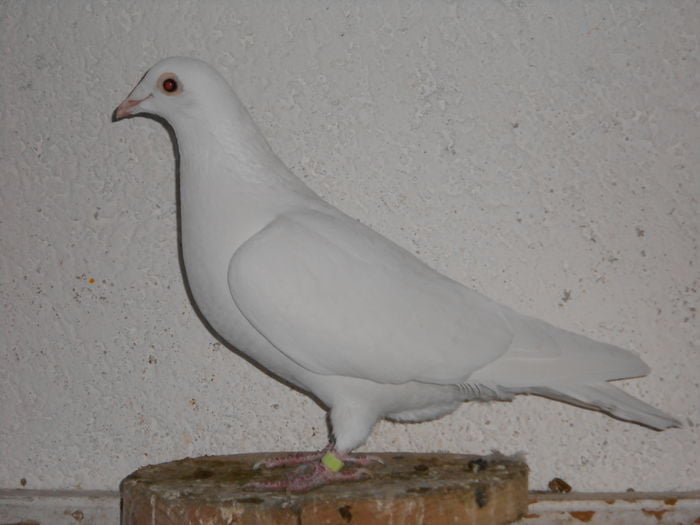 White Flying Homer ornamental dove – generally only known by this name – is an unknown variety of origin, only stated to have existed since BC. Some notes inform that this variety originated from Athens (Greece), or was first popularized in the city, especially when the Olympics closed in 1856. Varieties classified into the Form type are indeed very close to various ceremonial activities, both formal and that is done personally. This variety is very popular as a symbol of “peace”, widely used at wedding parties, ceremonies, opening events, and even used by magicians. This variety has great flying ability, can be miles away, with a distinctive appearance: white-clean.