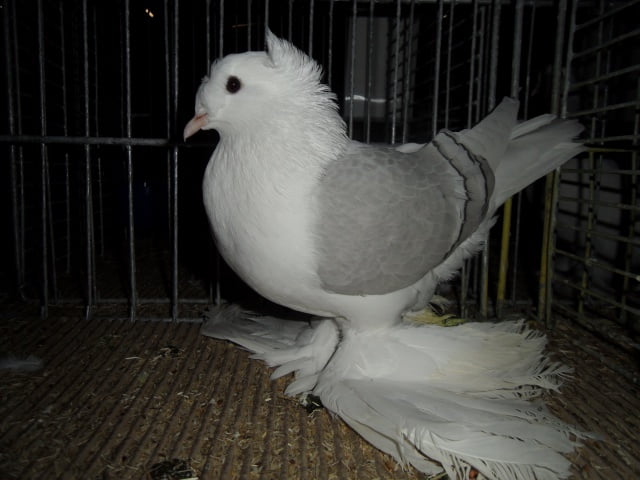 The Saxon Shield pigeon – also known by the names: Bouclier de Saxe, Sächsische Schildtaube, Scudato di Sassonia, Саксонский Щитковый – are varieties originating from Germany, especially from the region of Saxony, and are also expected to begin development in the 19th century or Maybe a little early. As with the “Saxon” pigeon, the saxon color pigeons varieties are also very popular in Germany and are widely cultivated in several countries in Europe. This variety though has the ability to fly, but it seems from the beginning developed just to get a beautiful exterior.