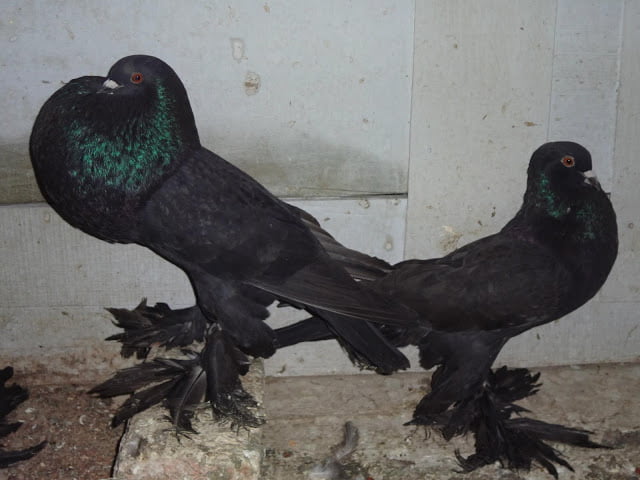 The Pomeranian Cropper– or also known by the names: Boulant de Poméranie, Pommerscher Kröpfer, Gozzuto in Pomerania, Померанский Дутыш – an ancient race originating from the Pomerania region (Germany, especially in West Pomerania and Rügen), and stated that his ancestors came from the Netherlands, but have not found information since when it was developed (estimated around the 16th century). Varieties belonging to the type Cropper pigeons is very popular, not only in Germany, but almost throughout Europe, even in America and Asia. Able to fly well, but the overall development is focused on improving the quality of appearance. pomeranski gušan