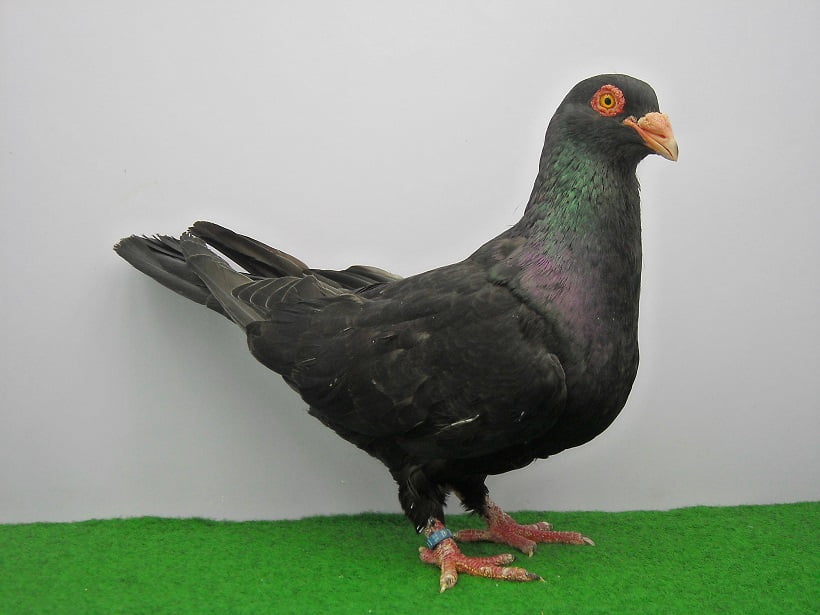 The Piacentino pigeons– or also known by the names: Grosso di Piacenza, Mondano Piacentino, Пиасентино – is a varietal originating from the Piacenza Provinces (Emilia Romagna, Italy) region, which was informed began to be developed since the 19th century. Varieties belonging to this type of Utility form pigeons were originally developed as poultry products for the culinary market, but in further developments increasingly focused as varieties of display. Have a good flying ability, in addition to his appearance is also very elegant.