Palamarski pigeon; It takes its name from the village of Palamartsa in the old Popovo district. Pigeon is also “Palamarski singer” also known as. This is due to the ability to sing deep, guttural singing in low and very long tones, like any other Bulgarian breed. This is one of its most valuable features. But along with that, he also has other abilities beautiful flying and rolling over his head a dozen or more times. The breed is not very common and is mostly bred in Popovo, Byala, Razgrad and surrounding villages.

The Palamarski pigeon is very similar to Chirpan pigeons and unlike him, it is necessarily monochromatic, that is, it lacks the white necklace that Chirpan pigeons have. source 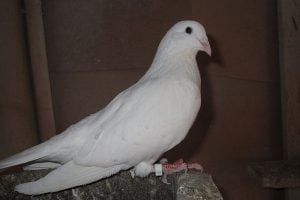